How AI can reduce violence and make cities safer 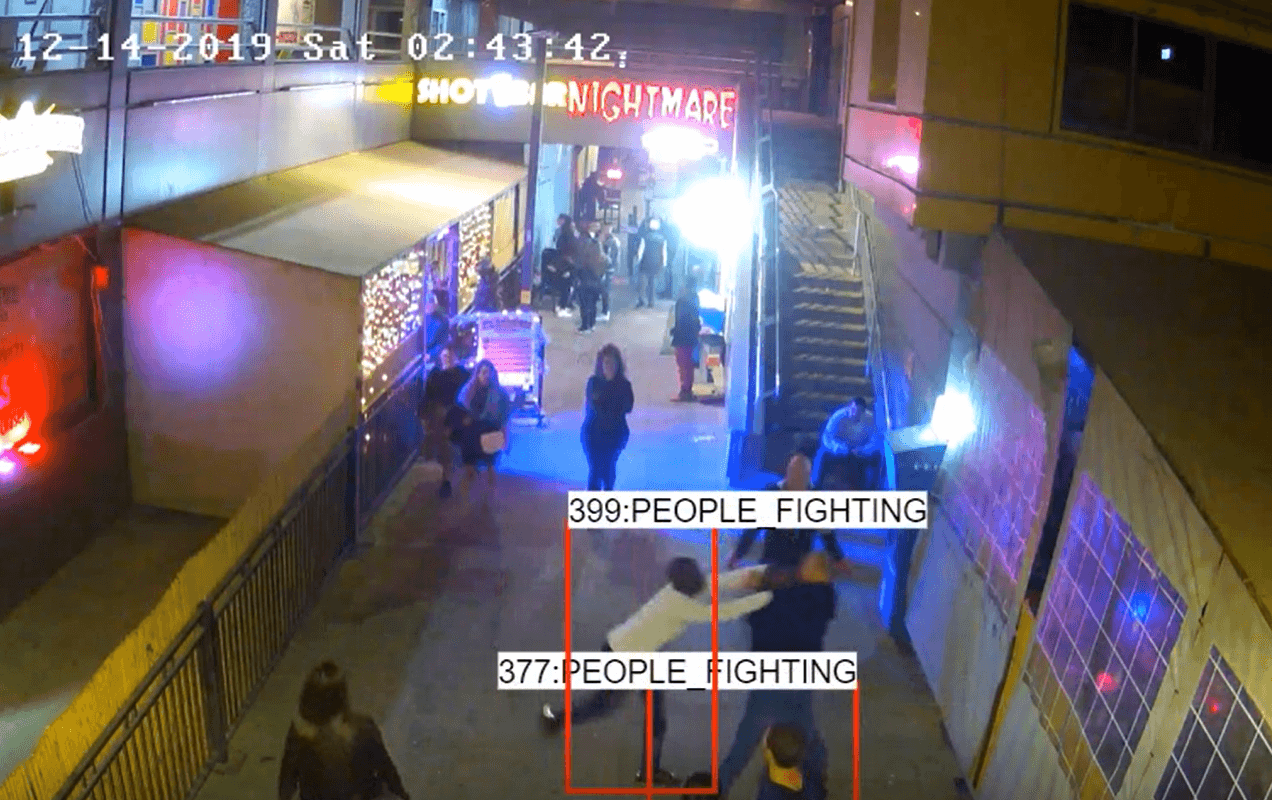 Making sure residents and visitors feel safe is fundamental for good quality of life and attracting tourists and economic development opportunities.

Major cities around the world are doubling down on action to improve safety. London’s mayor, for instance, recently set out what was said to be the biggest multi-agency plan for the city to date to tackle violence, while Atlanta plans to hire the city’s first Director of Violence Reduction.

One growing trend among these strategies is the use of advanced video analytics technology.

Eilat, the largest tourist city in Israel, is the first city to advance the government’s ‘City without Violence’ initiative. The municipality is using behavioural analytics technology integrated into the city’s extensive CCTV system, which includes over 300 cameras that are monitored at a central command and control centre.

Avinoam Nahari, Director of the Eilat’s Information Methods and Systems division and in charge of the project, said the solution enables the city to quickly and efficiently address “abnormal events” for the safety and security of residents and visitors.

Eli Lankri, Deputy and Acting Mayor of Eilat, commented: “As a city that ranks high in Israel’s smart cities index, we’re proud of this innovative system which will enable us to maintain the public’s safety and security.”

Getting ahead of trouble

In terms of violent crime, fast intervention is crucial to prevent serious injury and escalation, but this often relies on manual phone reports from the public.

Older video analytics technology could result in false alarms – for example, flagging people hugging or dancing as fighting. Advances in technology and the use of behavioural analytics powered by artificial intelligence (AI) dramatically increase accuracy.

The latest behavioural analytics identify fighting as hands moving towards the other person, touching and then disengaging, with the action being repeated numerous times. These systems can also recognise differing fighting styles including kicking, punching or wrestling in both indoor and outdoor settings.

The action of a person stabbing another person can also be detected, even if the weapon isn’t visible. Further, advanced AI can be trained to recognise a person holding a weapon in a threatening position.

This information and context have the additional benefit of enabling security personnel to understand what they are dealing with before they reach the scene, so they can respond in the most appropriate and safe manner. 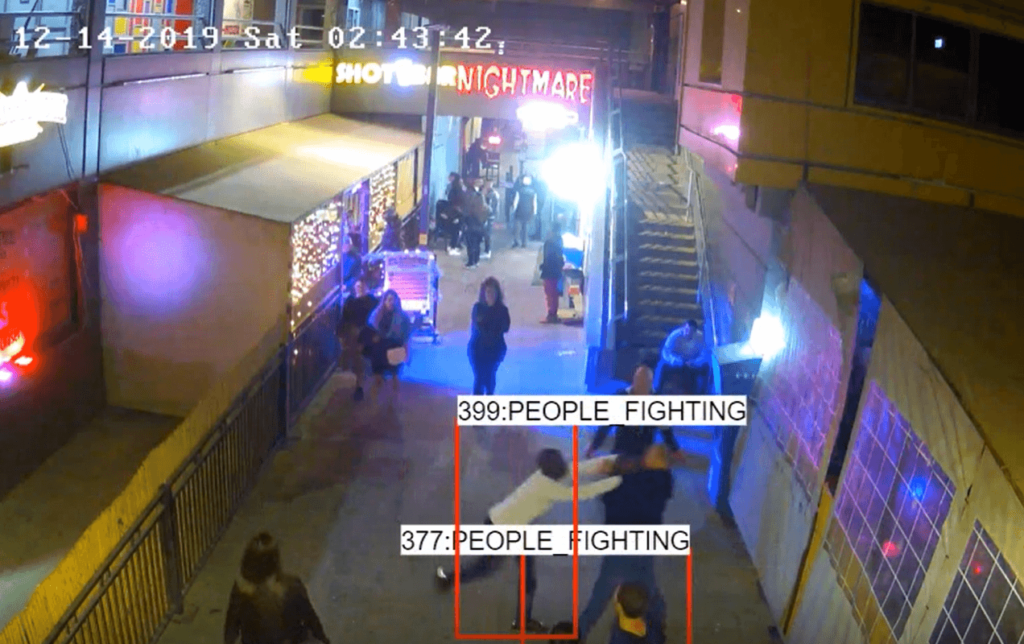 Large groups are common in cities. Most of these people are simply enjoying the city, such as walking to a football match or celebrating a night out. Occasionally, though, a gathering crowd can signal imminent violence or a potential riot.

A highly advanced behavioural recognition system can learn to recognise suspicious behaviour that can turn into violent action in a crowd, including analysing behavioural patterns to predict possible future behaviour.

For example, AI-based video analytics can trigger an alarm when a large number of people in a group begin to push one another or otherwise act aggressively for a specified period of time.

This software also recognises object and context to identify the likelihood of loitering with criminal or violent intent. Two people standing and talking near an ATM might be normal but a person hanging around there alone is more worrying and could require security personnel to monitor the situation more closely or intervene.

Before investing in a behavioural video analytics system for the long-term, it’s a good idea to run a short proof-of-concept to demonstrate how the solution could help the city reduce violence. A trial of four to six weeks using five to ten percent of the CCTV network is recommended. 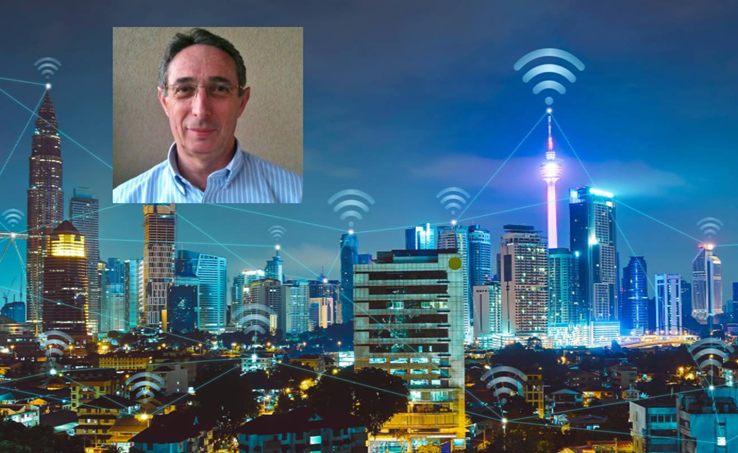 Dr Shiri Gordon is the director of the team behind the algorithms that power viisights’ advanced video analytics technology, which is used by cities, transport hub operators, education campuses, and […] 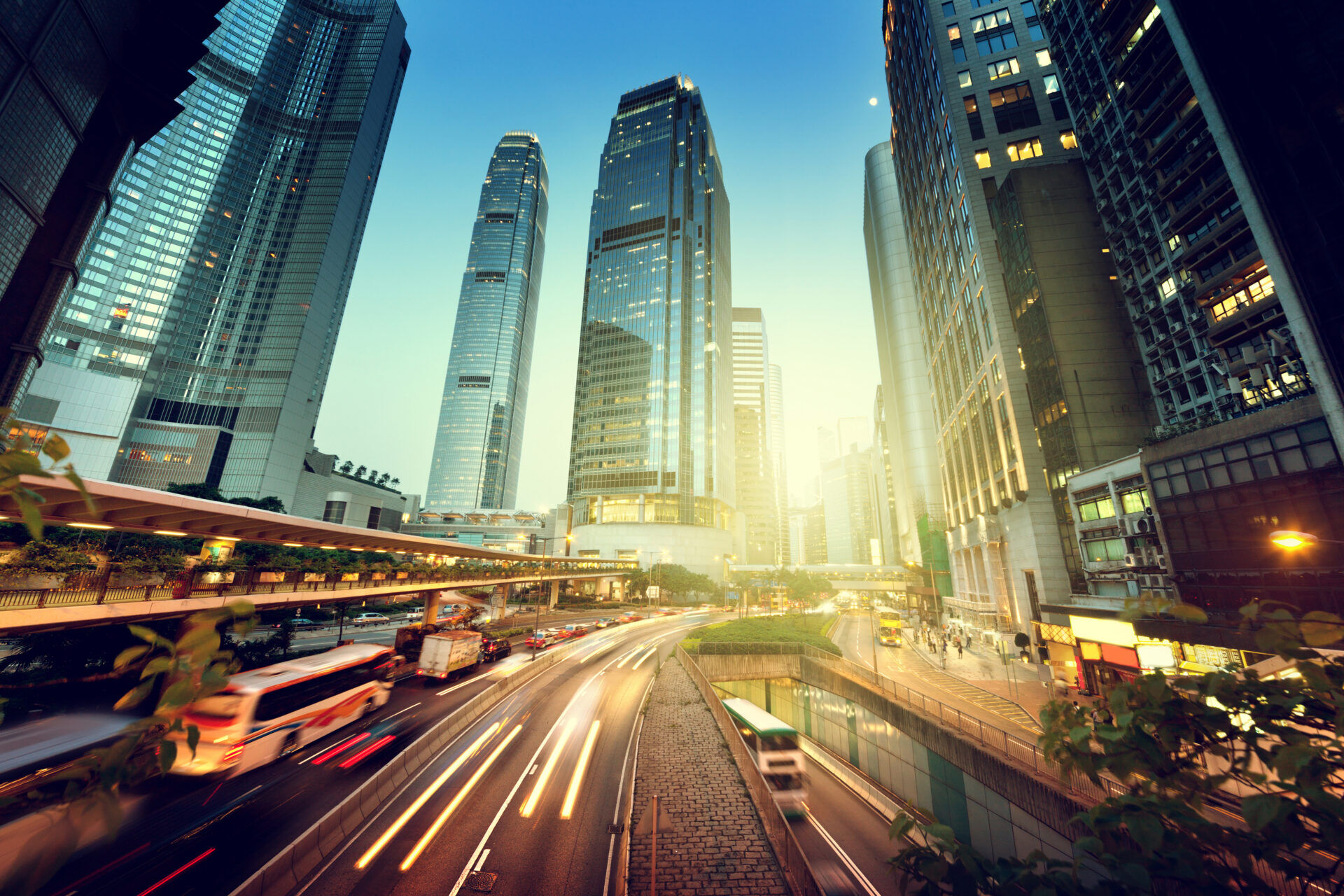 Choosing a video analytics solution – a guide for cities 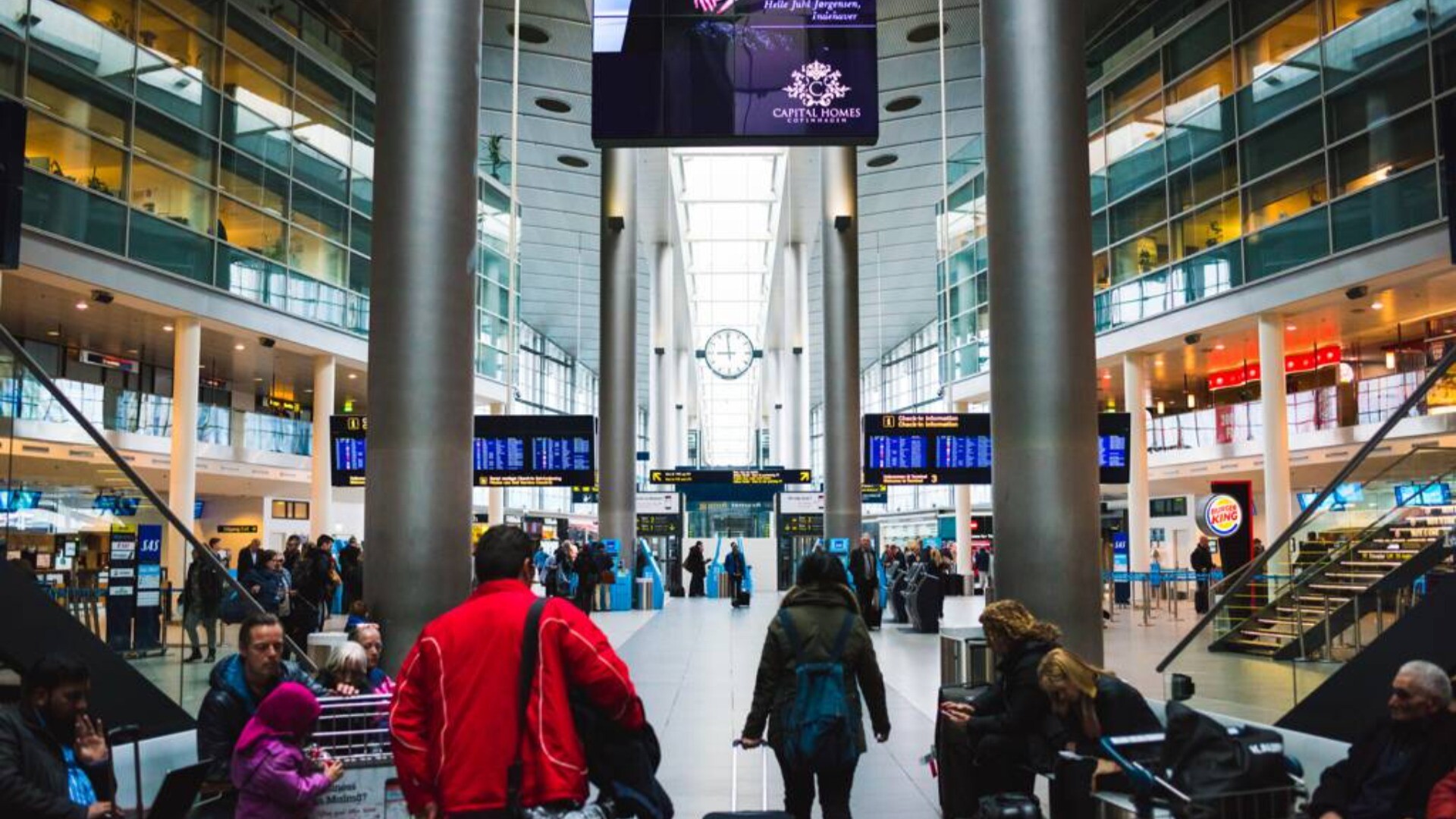 viisights featured in NVIDIA'S developer blog: viisights Uses AI to Understand Behavior and Predict What Might Happen Next

This website uses cookies to improve your experience while you navigate through the website. Out of these, the cookies that are categorized as necessary are stored on your browser as they are essential for the working of basic functionalities of the website. We also use third-party cookies that help us analyze and understand how you use this website. These cookies will be stored in your browser only with your consent. You also have the option to opt-out of these cookies. But opting out of some of these cookies may affect your browsing experience.
Necessary Always Enabled
Necessary cookies are absolutely essential for the website to function properly. This category only includes cookies that ensures basic functionalities and security features of the website. These cookies do not store any personal information.
Non-necessary
Any cookies that may not be particularly necessary for the website to function and is used specifically to collect user personal data via analytics, ads, other embedded contents are termed as non-necessary cookies. It is mandatory to procure user consent prior to running these cookies on your website.
SAVE & ACCEPT